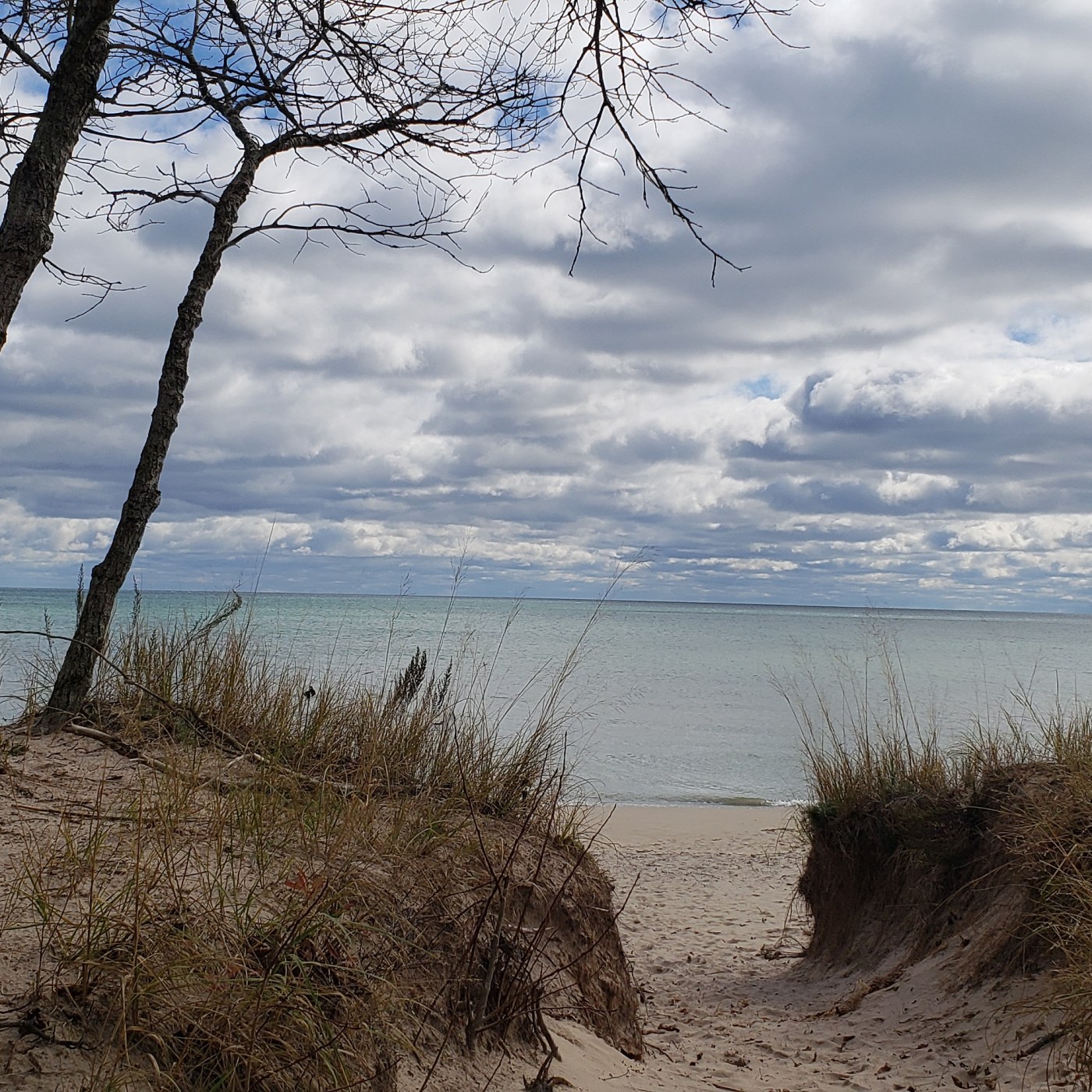 On December 15, the City of Sheboygan Plan Commission met to decide whether to grant Kohler Co. a conditional use permit (CUP) to develop a rare wetland and old growth beech forest into a luxury golf course

The 247 acres that Kohler wants to develop lie just north of Kohler-Andrae State Park, the fourth most popular state park in Wisconsin, which hosts an average of 430,000 visitors annually. Kohler’s plan also involves drastic changes to the park itself, altering the quiet entrance into four lanes plus a rotary to direct traffic to the planned golf course, and building a 22,000 square foot maintenance facility on a section of the park that is now a boggy natural area.

In 2014, the Kohler property was part of the Town of Wilson. But when the company’s plans for the new golf course were announced at a public town meeting, a group of neighbors reacted by starting Friends of the Black River Forest. The grassroots environmental group applied for grants and launched a GoFundMe page. It held brat fries, auctions, and bake sales to fund a series of legal challenges to a $6 billion-dollar company’s development plans.

“We began our group with the intention of holding the DNR accountable to Wisconsin law,” says FBRF president Mary Faydash. “As we have proceeded for almost 7 years, we have brought suit against the DNR for an incomplete wetland permit, an incomplete Environmental Impact Statement (EIS) based on incorrect science, written by the DNR as a justification for issuing a wetland fill permit to Kohler, an incomplete storm water permit, and the illegal swap of our prime state park land.” Kohler got 4 crucial acres of Kohler-Andrae State Park that includes the park entrance in exchange for land with no conservation value that holds a couple of abandoned buildings.

The Friends have had some significant victories in their challenges to Kohler’s golf course plan. In 2019, an administrative law judge for DNR revoked Kohler’s wetland fill permit, which he said was improperly granted by the Scott Walker/Cathy Stepp-era DNR. Kohler challenged the revocation in Sheboygan County circuit court. A decision in the matter is still pending. But another part of the ALJ’s decision, granting FBRF standing to sue the DNR and ordering Kohler to pay them $70,000 in legal fees, went all the way to the state Court of Appeals. “Kohler and the DNR have asked the state Supreme Court to review our appellate victory affirming the right of a resident to challenge a state agency decision,” Faydash said. “We may be arguing this before the court.” An announcement is expected soon on whether the Wisconsin Supreme Court will hear oral arguments on the matter.

Among FBRF’s many concerns with Kohler’s faulty EIS is that placing a golf course on top of the fragile, sandy dunes at Kohler-Andrae Lakeshore practically guarantees that the chemicals used in course maintenance will leak into the aquifer that serves local wells. Since 2015, glyphosate, the active ingredient in Roundup, a Bayer/Monsanto herbicide widely used on U.S. golf courses, has been listed by the International Agency of Research on Cancer of WHO as a “probable human carcinogen.” Exposure to Round-up has been linked to Non-Hodgkin Lymphoma.

“Kohler’s EIS is a joke,” Faydash said. “No scientific study was undertaken,” and there is “no basis for their claims” that damage caused by the golf course will be “minimal,” as Kohler has repeatedly asserted.

At the meeting in Sheboygan last December, Kohler VP of global golf Dirk Willis extolled the “prestige” the new golf course would bring to Sheboygan and emphasized that the course will be open to the public, thereby expanding the recreational value of the beautiful state park that would be permanently altered by its development.

But Sheboygan County resident Belle Raggins pointed out that the term “public” is a bit of a misnomer. The 36-hole Kohler golf course at nearby Whistling Straits, for example, is public to the extent that one has upwards $400 (during the peak summer season) to spend on a single day of golf. And that doesn’t even include lunch or a tip for the caddy. The proposed new course will be “public” mostly for rich white people.

The interests of those rich white people are in direct conflict with the needs of 10,000 migrating bireds.

The DNR’s Migratory Bird Report, published by its Bureau of Natural Heritage Conservation, refers to the park and the Kohler land to the north as a single site, Kohler-Andrae Lakeshore, and identifies it as a Priority Stopover Site for the “abundance of migratory birds” who visit in both spring and fall. “More than 10,000 waterfowl and landbirds and 1,000 raptors and waterbirds are estimated to use the site annually,” the report says, “including 35 species of Greatest Conservation Need.” Among the species known to stop there are Long-tailed Ducks, Red-breasted Mergansers and Greater Scaup, Sanderling, Dunlin, Sharp-shinned Hawks, Red-tailed Hawks, and Merlins.

The dunal and ridge-and-swale wetlands found at Kohler-Andrae Lakeshore are considered one of the rarest ecosystems in the State of Wisconsin. Naturalist Jim Buchholz, who served as park superintendent at Kohler-Andrae for 25 years and knows the area intimately, points out that not only migrating birds are in danger of losing this habitat. Kohler’s plan calls for razing 50% of the trees and shrubs on their property, including “nearly untouched, mature woodlands of white pine, beech, and rare Lake Michigan hardwood,” Buchholz wrote in public comments to the DNR. That will impact birds who reside in the area year round.

Buchholz is particularly worried about the whippoorwill. “They used to be more common, but they’re declining in a big way all over the nation, especially in Wisconsin,” Buchholz told a group from Sierra Club’s Wisconsin Loves Parks initiative during a tour of the Kohler-Andrae dunes. “They [the whippoorwill] nest on the ground, so they like brushy areas, woodland areas with brush,” Buchholz said. The plants at Kohler-Andrae Lakeshore, which include Creeping Juniper, marrum/beach grass, Dune Cherry, wheat grass, and sand reed grass, stabilize the spectacular dunes that formed 14,000 years ago when the Wisconsin glacier carved out Lake Michigan. Some of these plants are listed as threatened or endangered, Buchholz says. The area isis home to 11 endangered, threatened and species of concern, including both birds, reptiles, and rare grasslands.

Kohler-Andrae Lakeshore is an area of dramatic natural beauty, which, evidently, is why Kohler wants to develop it into a golf course. The company had to spend millions to turn Whistling Straits, where the 2021 Ryder Cup will be held, into something special. Today Kohler promotes Whistling Straits as “windswept terrain . . . sculpted along two miles of Lake Michigan shoreline” – “sculpted” being the operative word.

Kohler-Andrae Lakeshore is already special. And Kohler has promised the Dye-hards, fans of golf course designer Pete Dye, that they will be thrilled with the new course, which Dye designed before his death in January 2020. Dye was known for making rich white guys feel like they’re experiencing wild nature when they’re really just out playing golf. Willis said the rare and beautiful landscape at Kohler-Andrae Lakeshore would be “integrated” with the greens of the proposed 18-hole course to create “views” for golfers.

The Kohler golf course plan includes the usual clubhouse, restaurant, and parking lots. But at the Plan Commission meeting on December 15, Willis made the extraordinary claim that 94% of the Kohler land would be preserved. Except that 94% of 247 acres is about 232 acres. Kohler is claiming it can built an 18-hole golf course, which would normally take about 180 acres, on just 15 acres. And it most likely doesn’t even have 247 acres left, due to the rapid erosion of the Lake Michigan shoreline. A marker that used to indicate the location of the 18th hole was 10 feet from shore when Kohler drafted its plan. Now the maker is right on the water line.

At its December 15 meeting, the Plan Commission brushed aside the public’s concerns, along with in-depth written comments by Wisconsin Society for Ornithology and Midwest Environmental Advocates. MEA pointed out that the Kohler plan is in violation of Sheboygan’s own ordinances on clear-cutting and wetland development. The plan commission unanimously granted Kohler’s CUP, pending resolution of all legal challenges and Kohler’s ability to obtain a new wetland mitigation permit, which is by no means a foregone conclusion. And yet the company persists.

Wisconsin’s executive branch changed from Republican to Democrat during the course of this legal fracas, and Democrat Josh Kaul replaced conservative Brad Shimmel as Wisconsin’s attorney general. Under Kaul, the Wisconsin Department of Justice has filed an amicus brief supporting Kohler in its petition for review of the Court of Appeals ruling, asserting that the appeals court based its ruling on “a nearly boundless conception” of the environmental interests of state residents. Kaul’s brief explicitly calls for a reversal of the Court of Appeals decision that gave the Friends – and by extension, the people of Wisconsin – standing in the case.

It is a shame that Kaul couldn’t have found a more suitable matter on which to take this stand. And it’s an even greater shame that Kohler Company, which already has 36-hole golf courses at the American Club, Blackwolf Run, Whistling Straits, and the Inn at Woodlake in Kohler, won’t back down from building this course, which is an assault on a critical wild area that should be conserved. The people of Wisconsin need our state parks, intact wild lands, and carbon sequestering forests a lot more than we need more chemical-saturated golf courses.